The first McLaren dealership in Vietnam will open in Q2 and be located in District 1 of Ho Chi Minh City. It just declared S&S Automotive, situated in HCMC, as its official importer and distributor in Vietnam. The luxury automaker Rolls-Royce, a rival of McLaren, is also distributed by S&S Automotive.

Vietnam is the 41st country where McLaren has an authorized dealer. McLaren vehicles had previously entered the nation through the black market. According to McLaren's CEO Mike Flewitt, the car manufacturer decided against opening dealerships in Vietnam and the Philippines in 2019. 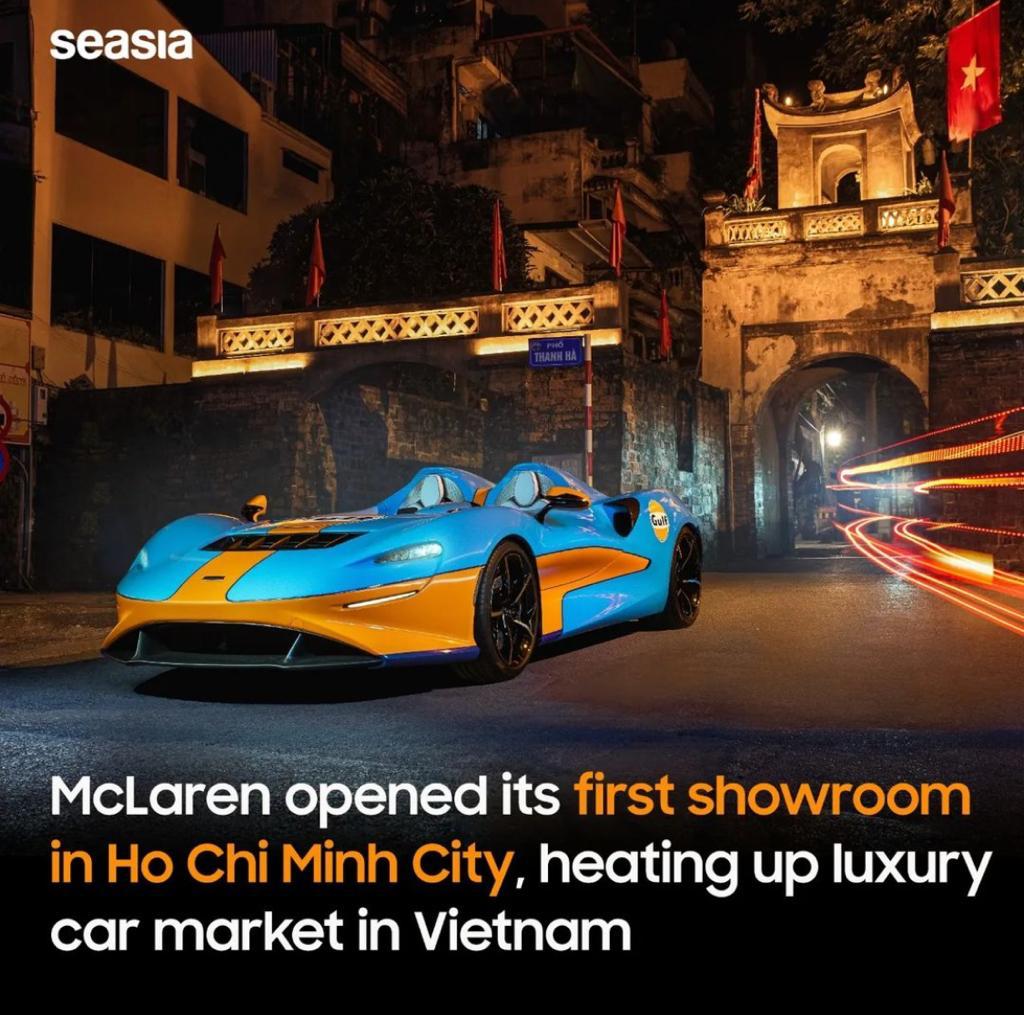 In Ho Chi Minh City, McLaren built its first showroom, joining brands like Porsche and Lamborghini in courting the nation's expanding elites with the sale of their high-end automobiles. However, it had a double effect: it highlighted a big transformation in Vietnam while also bringing McLaren's supercars a little bit closer to Vietnamese buyers.

Prior to the last ten years, motorbikes were nearly the sole mode of transportation on the roadways of this quickly developing country. The shift from two to four wheels is well underway on the streets of Vietnam's major cities, despite the fact that motorcycles remain the dominating mode of transportation.

Rising earnings, lowering import tariffs as a result of a variety of free trade agreements (FTAs), and the pride that comes with owning a car—a status heightened by the make and model of the vehicle—are all contributing to this transformation of personal mobility.

These elements have combined to create a market for luxury vehicles that the major automakers are eager to tap into. Nearly all significant luxury car brands reported higher sales in the first half of 2022 compared to the first half of 2021, according to the Vietnam Register.

By selling 3,929 vehicles as opposed to 3,071 during the same period last year, Mercedes was the biggest winner. Notably, it is the only automaker on the list that produces vehicles in Vietnam.

Other significant luxury car manufacturers also saw increases of a similar nature. Lexus sold 966 vehicles, up from 742; Volvo sold 852; BMW sold 661; Porsche sold 411; and Audi sold 254, up from 235 in the first half of the previous year, albeit a slight increase.

However, even without the data on luxury car sales, Vietnam's preference for expensive cars is obvious. For instance, the Formula One Grand Prix was slated to take place in Hanoi in April 2020. The event would have been held for the first time in Vietnam.