LG Electronics and Samsung Electronics, two of the largest electronics companies in South Korea, intend to invest further billions of dollars in Vietnam.

Samsung Electronics will increase its entire investment in Vietnam, where it has so far spent around $2 billion, from $18 billion to $20 billion. Vietnam is where Samsung produces the majority of its smartphones globally.

As a result of decreased worldwide demand, Samsung has already reduced smartphone production in Vietnam twice this year. With over a fifth of all exports to Vietnam coming from Samsung, the company has long produced about half of its cellphones there. 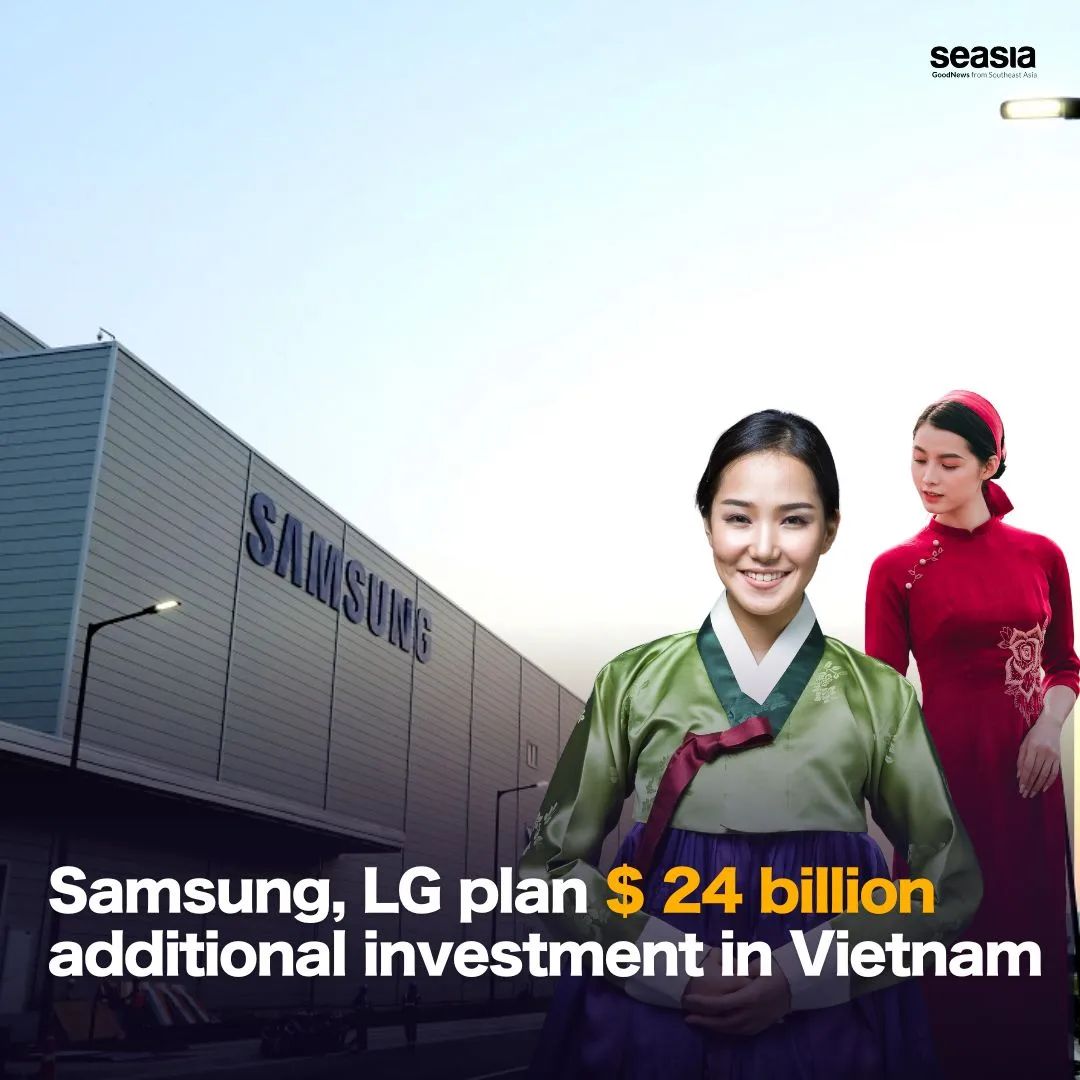 Separately, the Vietnamese government announced in a statement that LG would invest an additional $4 billion there to establish the nation as a center for manufacturing smartphone cameras.

A request for comment from LG, which has so far spent $5.3 billion in Vietnam to produce items like electronics, home appliances, cameras, and auto parts, was not immediately returned.

Over the past ten years, Vietnam has been one of the most alluring production centres for electronics businesses, but this year's production cuts are the result of weaker worldwide demand.

Since 2017, approximately 70% of FDI capital from South Korea has been spent in the processing and manufacturing sector. November 2021 saw a rate of 74%.

South Korea has consistently ranked among the top three nations for the amount of FDI (foreign direct investment) that has flowed into Vietnam over the past three years, according to statistics from 2022 provided by the Ministry of Planning and Investment.

In example, South Korea's total investment capital into Vietnam in the first five months of this year was the second largest at over $2.06 billion, an increase of 12.6% over the same time in 2016. With 112 new projects, or 19.4% of all projects, South Korea was the top partner in terms of the total number of projects.

The majority of Korean investment in Vietnam goes toward the processing, manufacturing, electronics, high-tech, logistics, and construction sectors. Korea recently invested more money in the retail and real estate industries. Particularly, compared to 2017, real estate investment increased by a factor of two in 2018. By the end of November 2021, this had increased since 2020 and was at 13%.

Out of the 63 provinces and large cities in Vietnam, 59 have Korean firms.

In addition to transferring technology to Vietnam, the Korean government encourages its companies to invest more money in emerging industrial sectors and to pursue close scientific and technological collaboration with Vietnamese partners, including the implementation of the second phase of the Vietnam-Korea Institute of Science and Technology (VKIST) project.

Vietnam is on the path to becoming a developed nation, and the lessons learned from Korea's experience can benefit other nations, including Vietnam, especially in the areas of industrialization, supporting industries, manufacturing, biology, culture, tourism, the digital economy, and innovative start-ups.

Businesses who wish to broaden their clientele and reduce their reliance on a single nation in the supply chain might consider Vietnam as a potential location. Investment capital is drawn to places with favorable geographic locations, ports, and sophisticated transportation infrastructure.