Construction of a contentious and long-delayed cable car project to transport tourists to Mount Rinjani, a UNESCO-listed geopark and active volcano, is set to start this month, according to the authorities on the Indonesian island of Lombok.

A groundbreaking ceremony will take place on December 17, the same day as the province of West Nusa Tenggara, where Lombok is located, celebrated its founding anniversary. It will take two years to finish the 2.2 trillion rupiah ($142 million) project, which will now feature a resort after originally being planned as a cable car line.

The cable car route will be 10 kilometers (6 miles) long, cost 100 billion rupiahs ($6.4 million), and travel from a community forest in the Karang Sidemen hamlet to the slopes on the outskirts of Mount Rinjani National Park. 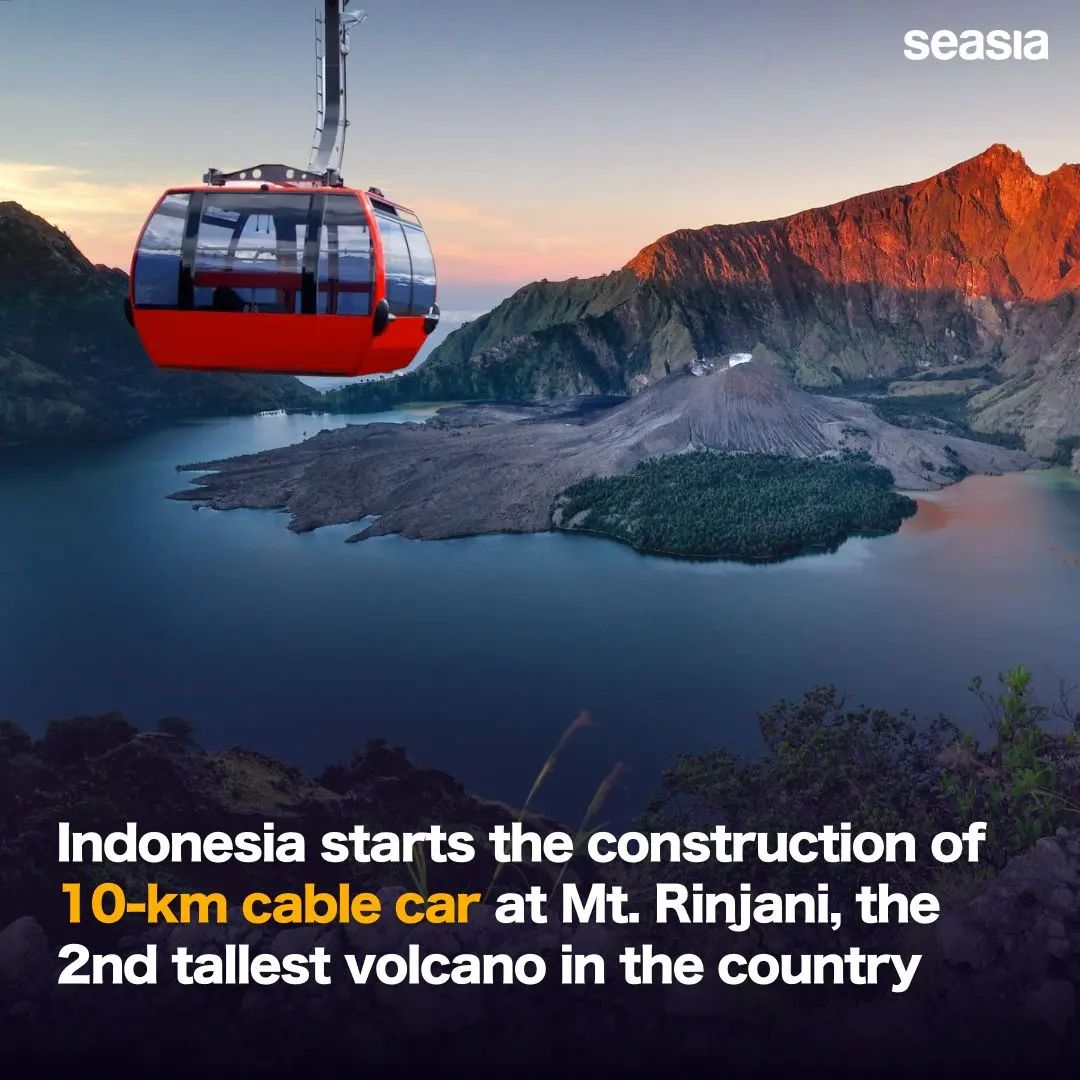 The West Rinjani Forest Pemangkuan Area of Nuraksa Forest Park will be the site of the cable car. To reach Rinjani's peak, which is 3,726 meters above sea level, there is still a two-kilometer flat ride to make from the cable car track's terminus (masl).

Environmentalists are still dubious about the project's environmental and feasibility studies because officials have yet to provide them for public scrutiny, despite the local government's insistence that the ecosystem of the park won't be impacted because the cable car won't cross into it.

Amri Nuryadin, the director of the Indonesian Forum for the Environment's (Walhi) West Nusa Tenggara chapter, said opponents of the project want to make sure that the general public is involved in the evaluation and that the project will have a significant economic benefit for the community while minimizing environmental impacts.

According to the province government, the project will be located outside of Mount Rinjani National Park's boundaries, so tourists will still have to climb the remaining distance to get to the volcano's summit and its beautiful crater lake, Segara Anak.

According to the statement, only roughly 10% of the 500 hectare (1,240 acre) concession granted to developer PT Indonesia Lombok Resort will be used for the project; the other property will remain undeveloped.

Visitors to the national park frequently enlist the aid of independent and small-business local guides and porters to assist them on their ascent of Mount Rinjani, the park's focal point and a 2018 addition to the UNESCO network of geoparks. The provincial government's justification for constructing the cable car in order to attract visitors who won't be trekking has come under fire from climbing aficionados as well.

A "middle to executive class" market segment that wants to enjoy the mountain without having to walk it has been acknowledged by officials.