Tan Sri Michelle Yeoh, the first Malaysian to win the award ceremony, made history by taking home the Golden Globe for Best Actress in a Musical or Comedy Motion Picture.

The Ipoh-born actress took up the award for her outstanding performance as a dissatisfied laundromat owner struggling with tax issues in the highly acclaimed movie Everything Everywhere All At Once.

“I’m just going to stand here and take this all in. Forty years ... I’m not letting go of this,” said Yeoh.

“It’s been an amazing journey and incredible fight to be here today, but I think it’s been worth it,” she said when accepting the award in Los Angeles. 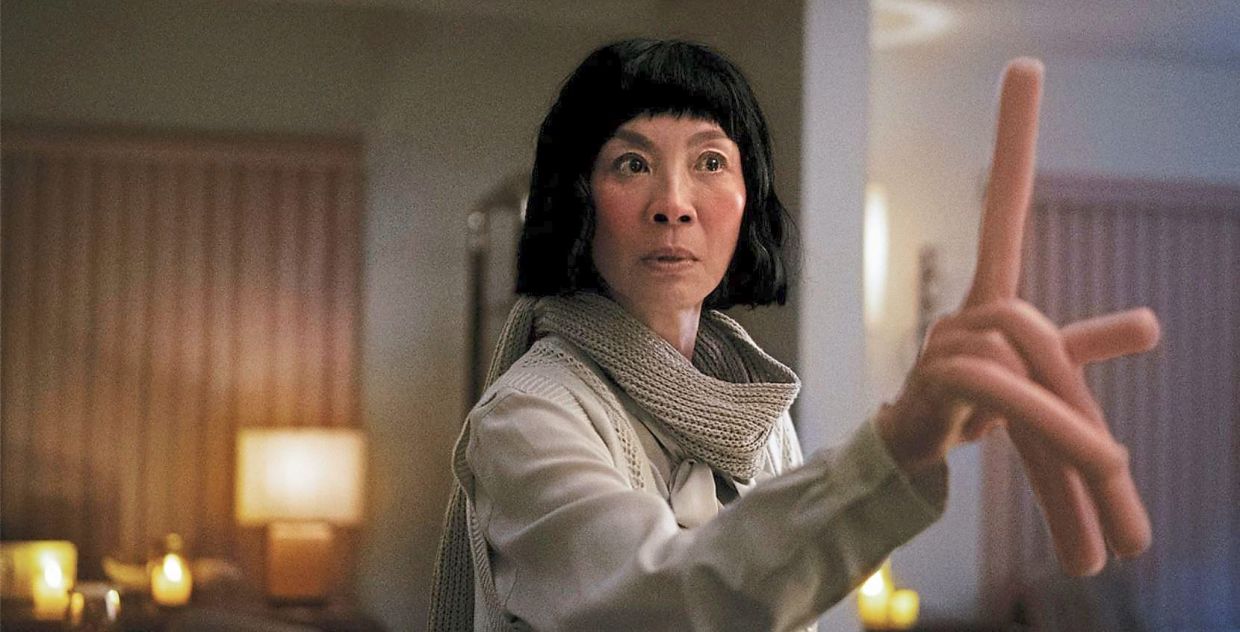 Beating out the competition: Yeoh in her winning role as a frustrated laundromat owner saddled with tax problems in ‘Everything Everywhere All At Once’.

Yeoh, who turned 60 last year, also discussed aging in Hollywood and how opportunities are getting less for actresses of a certain age.

“I think all of you women understand this – as the days and the years and the numbers get bigger, it seems like opportunities start to get smaller as well.

“It was probably at a time when I thought, ‘Come on, girl, you had a really good run. You worked with some of the best people – Steven Spielberg, Danny Boyle – so it’s good, it’s all good.’

“Then along came the best gift. Everything Everywhere All At Once,” the Time 2022 Icon of the Year said.

Her Crazy Rich Asians co-star Awkwafina won for her work in The Farewell in 2020, making her the second Asian actress to take home the prize in this category.

The cast of Everything Everywhere All At Once had other winners besides Yeoh. Ke Huy Quan, her co-star, won the Golden Globe for best supporting actor.

Yeoh made history by becoming the first Asian to win the Best Actress award at the National Board of Review Awards in New York.

Yeoh discussed the challenges she initially faced navigating her career in Hollywood in her victory speech.

“My real name is Yeoh Choo Kheng. I was told I needed to take a Western name. So Yeoh Choo Kheng became Michelle Yeoh. We were told it would make it easier to sell our films, and tell our stories to the rest of the world."

“Then one day, Hollywood came calling, an absolute dream come true. We all wanted to go to Hollywood – until I got there."

“Suddenly, I was a minority. How did that happen? There are more of me than you,” said Yeoh who moved her career from Hong Kong to Hollywood in 1997 after starring in the James Bond movie, Tomorrow Never Dies. “I am so incredibly proud to be the first Asian actress in 45 years to receive this honor.

She continued, “I hope that Hollywood and the filmmaking community recognize what a watershed film this is and all the things I’ve stood for and tried to accomplish in my four-decade career."

Yeoh is considered a strong favorite to be nominated for Best Actress at the Academy Awards. On January 24, the Oscar nominees will be revealed.