Even though the United States and its NATO partners have announced another package of military supplies to Ukraine, including military vehicles, air defense systems, rockets, and missiles, the one piece of equipment that has dominated recent discussions has been omitted: tanks.

Ukrainian authorities have been requesting hundreds of U.S. and German-made modern combat tanks for many months. Recent discussion has concentrated on the Leopard 2, a German-manufactured combat tank used by around 20 nations, including more than a dozen NATO allies. 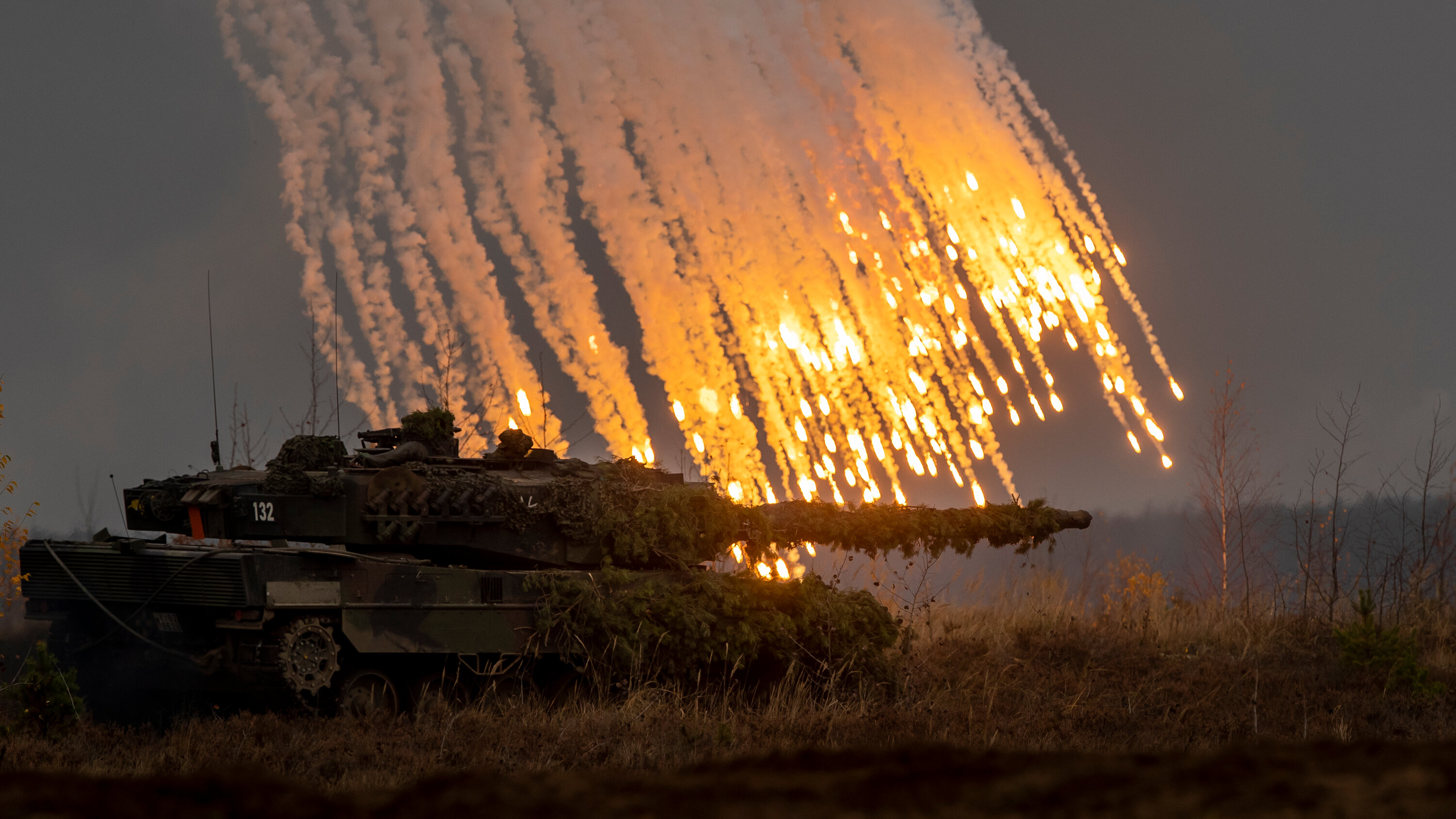 Germany is under increasing pressure to send some or to allow other nations, such as Poland, to deploy theirs.

What exactly is the Leopard 2?

According to military armaments experts, the German-made Leopard 2 is one of the most well-respected combat tanks in the world, maybe second only to the American-made M1 Abrams tank.

In response to Soviet threats during the Cold War, the Leopard 2 was initially constructed in the 1970s for the West German army. They are designed to maneuver rapidly over a range of terrains and engage opposing armor, much like the tanks Russia has been using on the battlefield in Ukraine from the first days of its incursion last year. According to the German military manufacturer Krauss-Maffei Wegmann, each tank is equipped with a 44- or 55-caliber 120-mm main gun and a 1,500-horsepower engine that enables it to reach speeds of up to 44 mph. Approximately sixty tons of armor defend its workers from enemy fire.

Poland, one of the nations that operates the Leopard 2, has committed to provide 14 Leopard 2 tanks to Ukraine, pending Germany's consent.

Why are tanks vital to Ukraine's military effort?

Since Russia's invasion of Ukraine started in February of last year, tanks have dominated the battlefield. For its part, Ukraine has relied mostly on T-72 tanks from the Soviet period. The West has sent additional armored vehicles and promised to send more, including Bradley fighting vehicles and Stryker combat vehicles from the United States and a freshly announced cargo of Challenger 2 tanks from the United Kingdom.

None, however, can match the precision, firepower, and mobility of the current German and American battle tanks. According to Ukrainian authorities, these tanks might provide the key to a swift victory – possibly even this year.

The United States said last month that it will train large groups of Ukrainian troops in combined arms tactics, which include the employment of aviation, artillery, and armor in large-scale military operations (like tanks).

The takeover of Ukrainian land between the Donbas and Crimea has been Russia's most significant win of the conflict so far. Since Russia unlawfully annexed Crimea in 2014, it has been under Russian rule. Prior to the invasion in 2014, Crimea's sole link to Russia was a lengthy road and rail bridge. By capturing Mariupol and the surrounding territory, Russian troops virtually created a land bridge between Russia and the Donbas area of Ukraine and Crimea.

With Western tanks, Ukraine might form an armored brigade that could act as "the vanguard of a force that could break past those Russian positions down into Mariupol," Hodges said. The objective is to maintain Crimea's isolation from the rest of the world.

In general, he said that tanks enable more efficient employment of troops. Tanks may lead soldiers on open terrain, enabling them to follow securely. In urban or forested terrain, infantry may go in first, preventing the adversary from hiding and using hidden anti-tank weapons.

Why is there a delay?

Germany has repeatedly postponed a decision about the Leopard 2s. Because it manufactures the tanks, its permission is required for these allies, such as Poland, to re-export them.

German authorities failed to make a decision at the Ramstein summit, prolonging the wait for Ukraine's leaders.

German Defense Minister Pistorius said on Friday that authorities were still weighing the advantages and downsides of deploying the tanks. "I am certain that a decision will be made in the near future," he continued.

The U.S. has also been hesitant to supply M1 Abrams tanks, which, according to military officials, are less suitable for the Ukrainian battlefield than the Leopard 2s, which are lighter and easier to repair than later Abrams types.

Sabrina Singh, a spokesman for the Pentagon, said during a briefing on Thursday that providing the Ukrainians with Abrams tanks at this time would be irrational due to the high expense of upkeep and the maintenance's complexity.

The Abrams is also less fuel-efficient than the Leopard 2, which is built to run on diesel fuel, which is more easily accessible in Ukraine's wartime supply networks.